1. What are common traps for aspiring writers?
Thinking that the first version is the final one. It isn’t! You have to edit, edit,
edit and then edit some more until you start hating your own book … only to
fall in love with it all over again in the end
Thinking that the writer seemly needs to focus on ‘art’ and the editors at the
publishers will focus on the rest (the skill). Editing isn’t really taken care of by
editors … it simply doesn’t work that way, at least not in India and not for a
book by a first-time author.
Thinking that social media is going to make you an overnight star
2.How do you select the names of your characters?
I didn’t really put too much thought into naming characters. My protagonist (and my
pen-name) is Kalyani because I think it is one of the sweetest names I have ever
come across.
The character Viji is called Viji because the name seemed to fit the face I had in
mind – beautiful big eyes, long curly lashes, well-defined eyebrows, sharp nose …
you know how it goes …
Hiranyakashyap – I didn’t have to name him. He plays himself in the book

Dulcet … now, I don’t remember why I named the character Dulcet. Of course, the
character has a sweet voice and all that, but I could have called him Sweetie or
Honey! Don’t really know why I called him Dulcet
Angela is Angela because I have always received crackpot psychic emails from
people called Angela … never from a Cynthia or a Nancy or Janet or Mary …
somehow all the cyber psychics I have run across have always been Angela.
The other characters … Sweet Spot Madhavan, Thought Thief Tyagi, Sidekick
Mithun, Sneering Gajapati … I had solid FUN naming them! And as to why they are
called what they are called? Well, you’ll need to read Bend Your Knees to find out!
But I am sad that there isn’t a question about how I selected the name of the book
itself … that is the name I loved the most. And trite is this is going to sound, I didn’t
actually select it.
The book was originally called IT@40 or something clever like that. But by the time I
finished writing (and rewriting, and re-rewriting) the book, it had evolved beyond my
wildest dream into a crazy (but honest) mix of fear, angst, mythology, philosophy,
faith, fun, family, friends, … something that could be called Bend Your Knees & Do
Your Best. The secret of the title is revealed at the very end of the book!

And I also had a blast naming the three parts/sections of the book. They are –
Part1 – Sweet Spot & Other Twittering Idiots, Part2 – The Rich, the Vulgar and the
Unfortunate, Part3 – Bend Your Knees & Do Your Best
3. What is the most difficult part of your artistic process?
Editing! (and then editing some more, and then some more, and more, and
…)
Realising that my English was at best, average!
Revisiting the book after a gap of several months and cringing at what I had
written … before gritting my teeth and redoing almost all of it! Several times!
Punctuations!
Writing a million query letters and synopsis and chapter outlines that
somehow explain my 540-page epic to a publisher who isn’t really interested
in reading any of it in the first place
Continuing to believe in the book through all the years that it took me to write
it
4. What is the most delightful part of the process?
I loved discovering that I had a ‘right brain’ after all! I totally loved the way ideas
would flash into my head from nowhere! I loved it when I read the book after a gap
and while I cringed at most of it, some parts were so brilliant, it took my breath away
– had I written that wonderful line? Had I come up with that twist in the story? Was
the book already 200 pages long? Wow! Wow! Wow!
5. What’s your favorite under-appreciated novel?
I honestly don’t think there is any such novel.
But if I were to simply go by the number of reviews on Goodreads, A Girl and a River by
Usha K R definitely deserves more!
6. What is the most unethical practice in the publishing industry?
The paid-publishing model where publishers completely ignore quality and
talent and simply focus on the money. I know, I know … my own book is a
self-published one. And everyone has a ‘right to publish’ – no one is forcing
people to read all the substandard stuff that gets published. I know. But then,
what role does a publisher have to play, then?
This could be simply ‘sour grapes’ on my part, but the big publishers simply don’t seem interested in first-timers. That’s ok, but the very least they can do is encourage and drive a culture of good dependable reviews where newcomers as well as A-lister get reviewed every quarter. They really should be doing more than simply publishing those who have already established themselves or have some fancy foreign university credentials (sour grapes … again? :))

About the book ‘Bend Your Knees & Do Your Best’

Set in the world of the (in)famous Indian IT industry, Bend Your Knees is a humorous, anger-filled, slice-of-life drama told from the point of view of Kalyani – a senior forty-year-old executive who is suddenly faced with the ugly prospect of being laid off a job she has grown to detest. 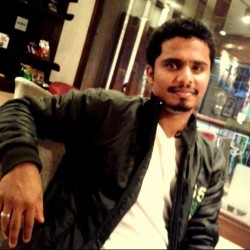